A baby Risso’s dolphin, a species found in warm temperate and tropical waters, was stranded on a beach in Southern Portugal and taken to the rehabilitation center at ‘Zoomarine’ oceanographic theme park in Portugal. Members of four other dolphin species had also stranded within two weeks and the baby seemed to be “listing,” or lying to one side. Elio Vicente, the director of the Rehabilitation Center at Zoomarine, called us and asked if it would be possible for us to come test the hearing of this infant dolphin. Dolphins are folded in two prior to birth and are born with fetal fold marks. This baby dolphin was so young its fetal folds were obviously present. 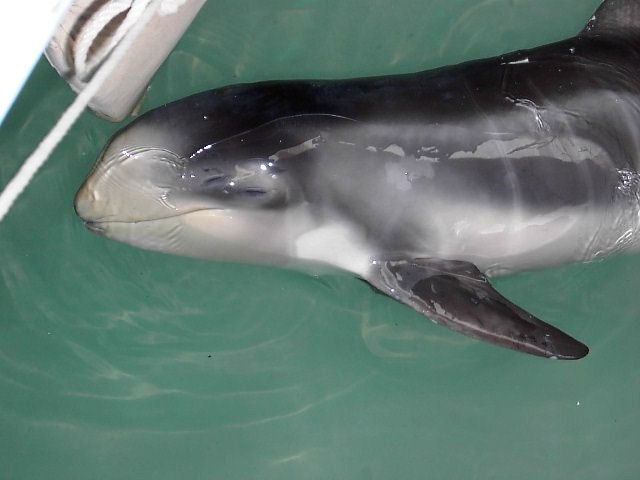 There has been a great deal of concern lately about the effects of loud sound on marine mammals, including recent strandings and deaths of animals following exposure to loud sounds. Frequently the only subsequent evidence is massive physical trauma to the ears. Here we had the opportunity to diagnostically examine the hearing of an infant dolphin that may, or may not have been, over-exposed to sound. Using an “Auditory Evoked Potential” (AEP) procedure to gently pick up the brainwave patterns of the baby through human EEG sensors embedded in soft rubber suction cups (placed on the skin surface), we were able to pick up the animal’s responses to the specially prepared pure tones that we played – the tones were “amplitude modulated” or fluctuated in their loudness–and therefore we could test its hearing. because the dolphin’s brainwave patterns follow the amplitude modulations of our sounds. Similar procedures are currently used to test the hearing of human babies.

Sounds easily heard by the animals produce large brainwaves that follow the amplitude modulation rate of the pure tone that is played while quiet sounds that the animal just barely hears produce small brainwaves. 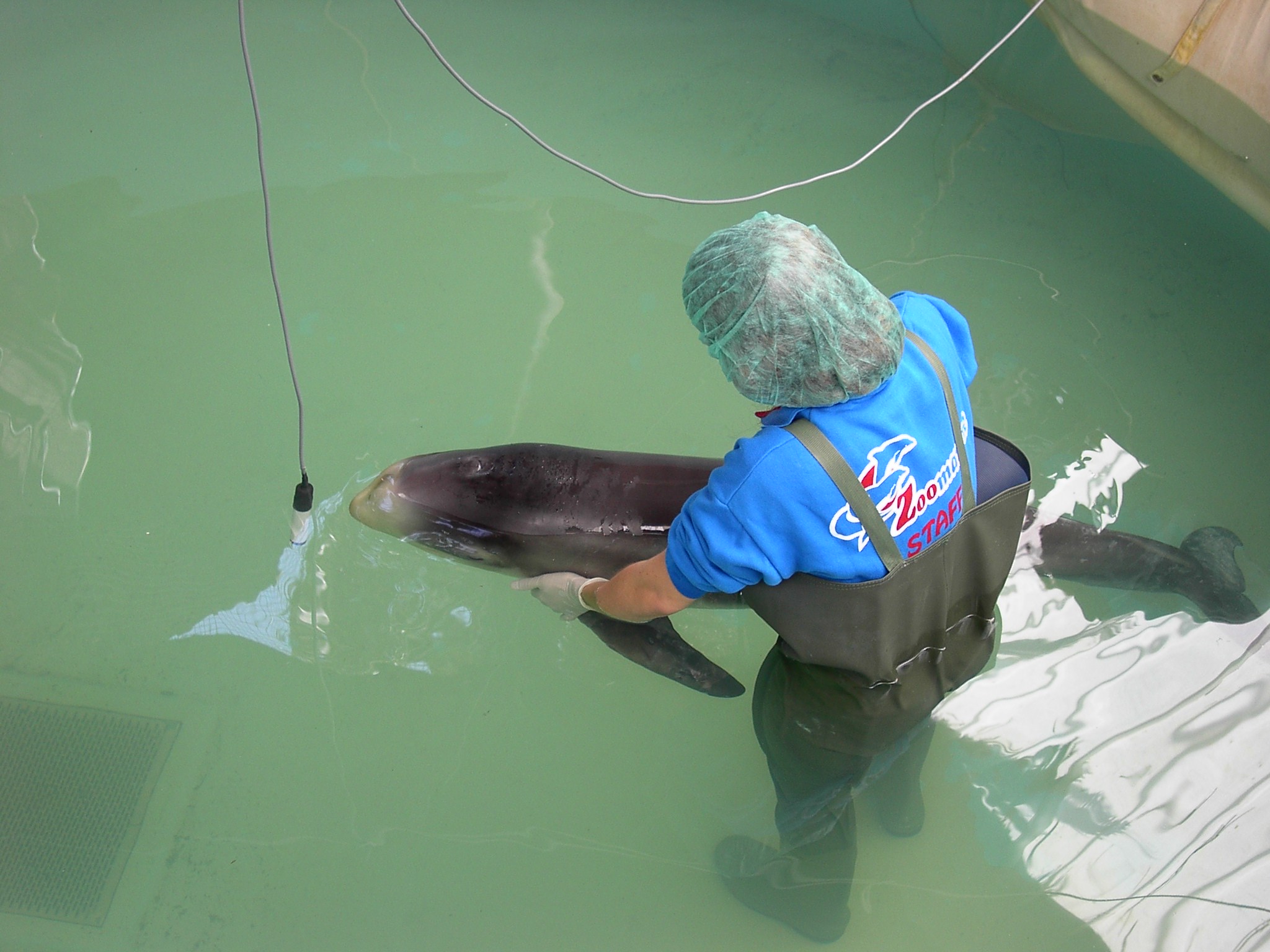 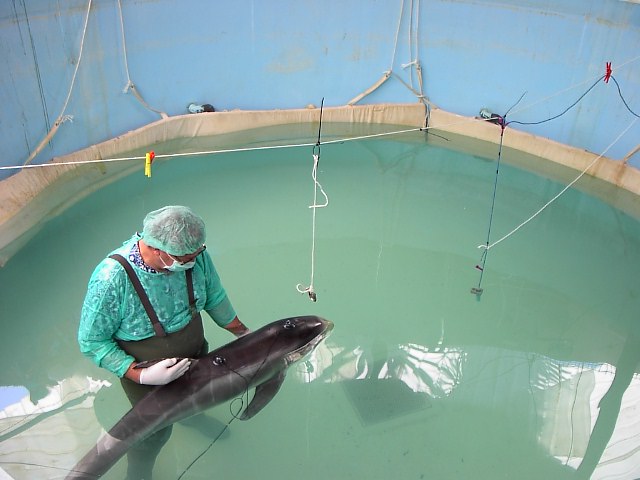 To our knowledge, this is the first time that an infant marine mammal’s hearing has been measured. Only one Risso’s dolphin, an older female, had previously been audiometrically examined and it was generally believed that Risso’s dolphins only heard up to 100 kHz – a very high [infopopup tag=frequency], but not nearly as high as normal young bottlenosed dolphins that hear up to 150 kHz. This baby Risso’s dolphin ‘rewrote the book’ on Risso’s dolphin hearing. It heard extremely well and it heard frequencies up to 150 kHz – just like a young bottlenosed dolphin. Its hearing had apparently not been damaged. We were very fortunate to accomplish at least three things with this work.

We hope to expand our efforts to study the hearing of stranded dolphins and whales.

When dolphins and whales strand it is important to know whether they stranded because of some hearing difficulty. Overexposure to loud sound can cause hearing deficits and deaf animals, if successfully rehabilitated and subsequently released, may have difficulty surviving in the wild.. Also, there are over 85 species of dolphins and whales and we have hearing measures on only 11 of those species. Each new animal, and each new species, examined presents an opportunity to know more about the hearing of dolphins and whales. The more we know about the hearing of these animals, the more we can do to protect them.