Understanding Budgerigar Song: Does the Order of Elements Have Significance?

Popular version of papers 5pAB6 and 5pAB7 presented at the 2010 159th ASA Meeting in Baltimore, Maryland.

The budgerigar is a small parrot native to Central Australia (see figure 1). They are non-territorial, group-living parakeets that usually form large flocks (from hundreds of individuals to over 25 thousand) where vocal communication serves to coordinate social and breeding behaviors. The warble song is especially prominent and characterized as a melodic, continuous multi-element vocalization that lasts up to several minutes. It is primarily produced by males when courting females, accompanied by various courtship behaviors, to reinforce pair bond between mates and breed successfully. 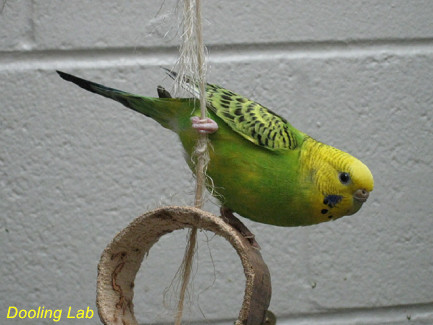 Figure 1. The budgerigar (Melopsittacus undulatus) is a kind of familiar domesticated parakeet. Play a short piece of warble. 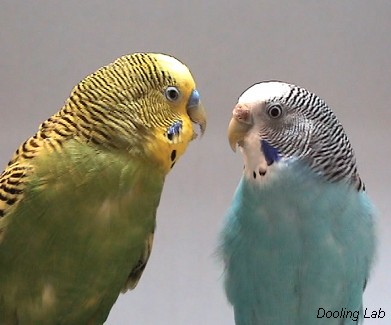 Figure 2. A male budgerigar (on the right) is warbling to a female budgerigar (on the left)
The acoustic complexity, non-repeating structure, and correlation with intimate social behaviors of warble make it similar in some ways to running human speech and allows us to pose similar questions. For instance, is information coded in the sequences of elements in warble? Are there certain rules underlying the combination of warble elements? Do budgerigars show species-specific perceptual sensitivities to element ordering in warble sequences? These simple questions must be addressed before any deeper parallels between budgerigar warble and human speech can be examined.

Through observation, warble appears highly variable without obvious repetition of particular patterns of elements, indicating that there is no stereotyped song type being produced over and over again. On the other hand, certain combinations of warble elements are sung more often than others, suggesting that warble elements are not just randomly strung together either. Taken together, these findings suggest that the ordering of warble elements in a warble sequence are somewhat flexible but may still follow particular rules that make the sequence lawful, similar to the syntax in human language.

While these rules are not obvious to humans, budgerigars may be sensitive to subtle changes in the sequential order of warble elements. In my experiments, budgerigars were trained to listen to long (> 900 elements) sequences of warble in a sound-attenuated chamber and peck a key whenever they hear an oddball element (the target) inserted into the ongoing background sequence. When the background was a long, natural warble sequence and the targets were several elements taken directly from the background, the only cue for detecting an inserted target was the violation of the sequential rule. A human speech analogy would be reading a story while every now and then inserting a word that does not fit grammatically. For English speakers with knowledge of English grammar, this would be easily noticed. I found that budgerigars were able to successfully pick up those insertions in their warble while other species (canaries and zebra finches) and human experimenters could not. Moreover, when the ordering of background warble elements was randomized such that any natural sequential cues no longer existed, the birds ability to detect insertions dropped to chance, confirming that they had a sense of the proper ordering of elements. While the randomization destroyed the natural sequential order, it also changed the overall melody of natural warble at the same time. Whether there are explicit rules governing the arrangement of warble elements, or whether budgerigars are detecting other discordance to the rhythmic or melodic texture of the background warble sequence is still an open question.

Only budgerigars are able to detect insertions in natural warble sequences, showing that these sequential cues are perceptually significant to them but not other species. In addition, this sequencing ability of budgerigars is also specific to their own vocalization. Budgerigars were further tested on zebra finch songs, human speech sequences, and a tonal melody, but they failed to detect the insertions, even when the background sequence was as short as six elements. To use another speech metaphor, a native English speaker would not be expected to be able to point out a grammatical error in Chinese if he/she has never learned Chinese before.

The acoustic details of warble elements may be important in a natural warble sequence in other ways. In human speech, words played backwards violate several phonological properties that are universally observed and perceived as unfamiliar and alien-sounding. They also convey less phonetic information and presumably very little lexical or semantic information. Temporally reversed warble elements preserved budgerigars vocal quality in terms of overall physical complexity and acoustic characteristics but distorted temporally-based properties. Using the same experiment paradigm, individually reversed elements were played in their natural sequence in the background, and budgerigars were tested on their ability to detect normal forward-playing insertion targets. Results showed that reversed warble elements have an effect very similar to reversed words; they sound so unusual to budgerigars that the birds immediately detect the difference. However, a similar sensitivity for these temporally reversed targets versus or forward normal targets of budgerigar warble was not evident in other species.

While these experiments do not prove that budgerigars have evolved syntax in their warble as humans have for speech, they do show that the warble song of this species is more complex than previously thought, and individuals do pay attention to changes in the order of warble elements. The findings here open the door to deeper comparison between animal vocalization and human speech.