Chimpanzees Know When to Keep Quiet

Studying wild chimpanzees in Kibale National Park, Uganda, we looked at three situations where chimpanzees should keep quiet: during a simulated intrusion by a foreign male, during visits to the edge of their territory, and when raiding people’s farms outside the park.

Male chimpanzees cooperatively defend group territories against foreign males, and sometimes attack and kill members of neighboring groups. Because of this, it is extremely dangerous for chimpanzees to pick a fight with the neighbors in cases where they might be outnumbered. To test whether chimpanzees know when to keep quiet, we used a hidden speaker to play back the loud “pant-hoot” call of a foreign male chimpanzee. 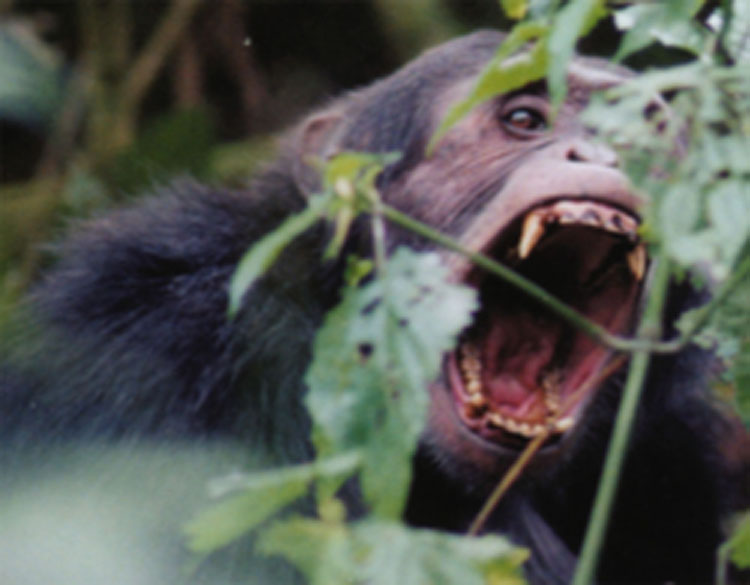 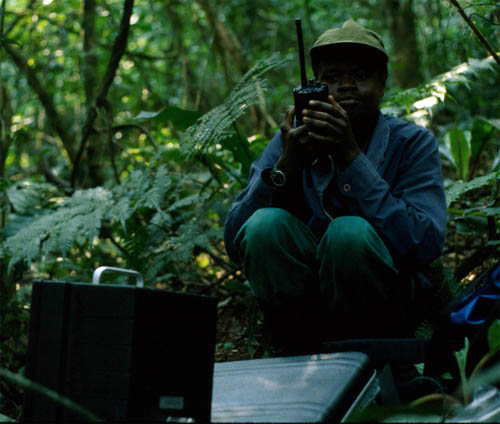 When at least three male chimpanzees were gathered together, they responded to the intruder’s call with loud calls of their own and rapidly approached the hidden speaker. If only one or two males were present, however, they stayed quiet, were less likely to approach the speaker, and if they did approach the speaker, moved more slowly. Females without males present stayed quiet and sometimes fled from the phantom intruder. These experiments thus demonstrated both that chimpanzees have some basic mathematical ability, and that they know to keep quiet unless the odds seem clearly in their favor.

In addition to conducting these experiments, we followed chimpanzees and recorded their natural behavior in different parts of their range. Earlier studies had reported that chimpanzees were unusually quiet when patrolling their borders, but no one had taken data on call rate in other contexts to test whether they really were quiet compared to when they visited other parts of their range. Moreover, if chimpanzees use their loud calls to defend their range, like lions, wolves, and other animals do, we might expect them to actually make more noise during visits to the edge of their territory, rather than staying silent.

We found that chimpanzees rarely visited the edge of their range, and when they did so, they traveled in parties with many males, probably seeking safety in numbers. Moreover, we found that chimpanzees didn’t always stay silent during these border visits. In the early morning, in fact, they actually called more often – perhaps because they had had a chance to listen during the night to whether the neighbors were nearby. Considering the whole day, however, chimpanzees did tend to call less often in border areas, compared to other parties with the same number of males observed at the same time of day.

The chimpanzees we studied live at the edge of the park, and sometimes, when food is in short supply in the forest, they raid people’s farms outside the park, knocking down banana plants to eat the stems and sometimes stealing sugar cane and other crops. Although chimpanzees usually give loud calls when they arrive at a rich food source, they stayed strikingly quiet during these crop raids.

Together, these experiments and observations show that despite their reputation as noisy, excitable animals, chimpanzees can keep quiet when they need to. 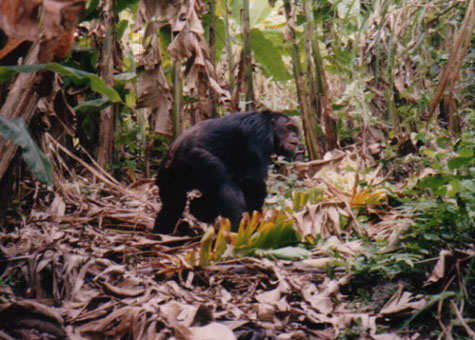 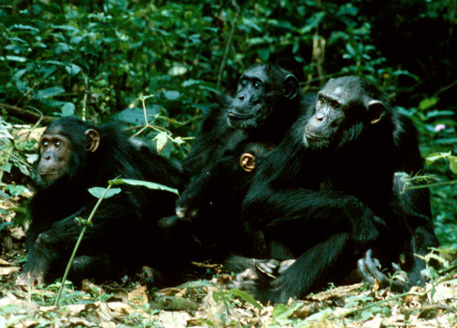