Straw is the inedible chaff, or stalks, of grain grasses such as wheat, rice, barley, and rye, and has been used by farmers for generations as animal bedding and for visual and sound barriers for their homes and fields. Unlike hay, which contains grain and serves as food for horses and cattle, straw does not attract mice or insects and does not rot unless wetted. Straw was used by Native Americans as structural elements before the Pilgrims landed on American soil, and as the European explorers moved west and settled in the Great Plains they learned techniques of stacking bales like bricks to form homes. During the twentieth century, straw bale construction has seen increasing use across North America, from Mexico to Canada, in homes, farm buildings, schools, community centers, hotels, churches, and restaurants. The majority of straw bale construction, however, has been in warm, dry climates like the American Southwestern plains. Straw’s accessibility, low cost, and thermal insulation properties (bale walls have typical thermal R-values of around 50) have made it an ideal candidate for use as a structural medium. Also in recent years, the environmental benefits of straw bale construction, such as straw’s fast growth rate, low impact on soil fertility, and full biodegradability, have sparked renewed interest in straw among environmentalists. Straw bale construction has become an alternative to the use of non-renewable materials derived from fossil fuels.

An understanding of the acoustical properties of straw bales is therefore required if this medium is to be used appropriately. The transmission loss (T), a measure of how much sound energy is reduced in transmission through materials, was measured for a 20-inch-thick stuccoed wall of wheat and rye-grass straw bales. The T for the stuccoed bale wall was 59.8 dB (A-weighted). A starter’s pistol was used as the source for the test because its explosion creates a high energy sound that covers the wide range of frequencies to which the human ear is sensitive (20-20,000 Hz). During the test, the pistol was isolated so that the sound created by the explosion would travel in a straight path through the straw bale wall to the microphone. To isolate the sound source and receiver, 3/4-inch plywood boxes were constructed whose walls were lined with foam rubber. An average T of 59.8 dB (A- weighted) for the stuccoed bale wall is greater than the average transmission loss of 53.3 dBA measured for a 6-in solid concrete wall with 1/2-in of plaster on both sides.

The effectiveness of straw bales to absorb sound was measured in an approximately cubical, ceramic-tiled room. The test room’s reverberation time (RT) before and after the addition of ten straw bales was measured; the amount of sound absorbed by the room increased (the RT decreased) with the addition of straw. The reverberation times were measured t 125 Hz, 250 Hz, 1000 Hz, 2000 Hz, and 4000 Hz, providing a quantitative measure of straw’s legendary sound-absorbing characteristics.

Straw bale walls, in addition to being highly insulating, inexpensive, and providing minimal impact on the environment, have the ability both to impede and transmission of sound energy and absorb noise over a wide range of frequencies. As architects begin to take advantage of straw’s acoustical strengths, straw bales could be used more extensively in building construction and in other applications. For example, this study suggests that straw bale walls would be excellent candidates for use an inexpensive outdoor barriers to reduce environmental noises such as highway noise. 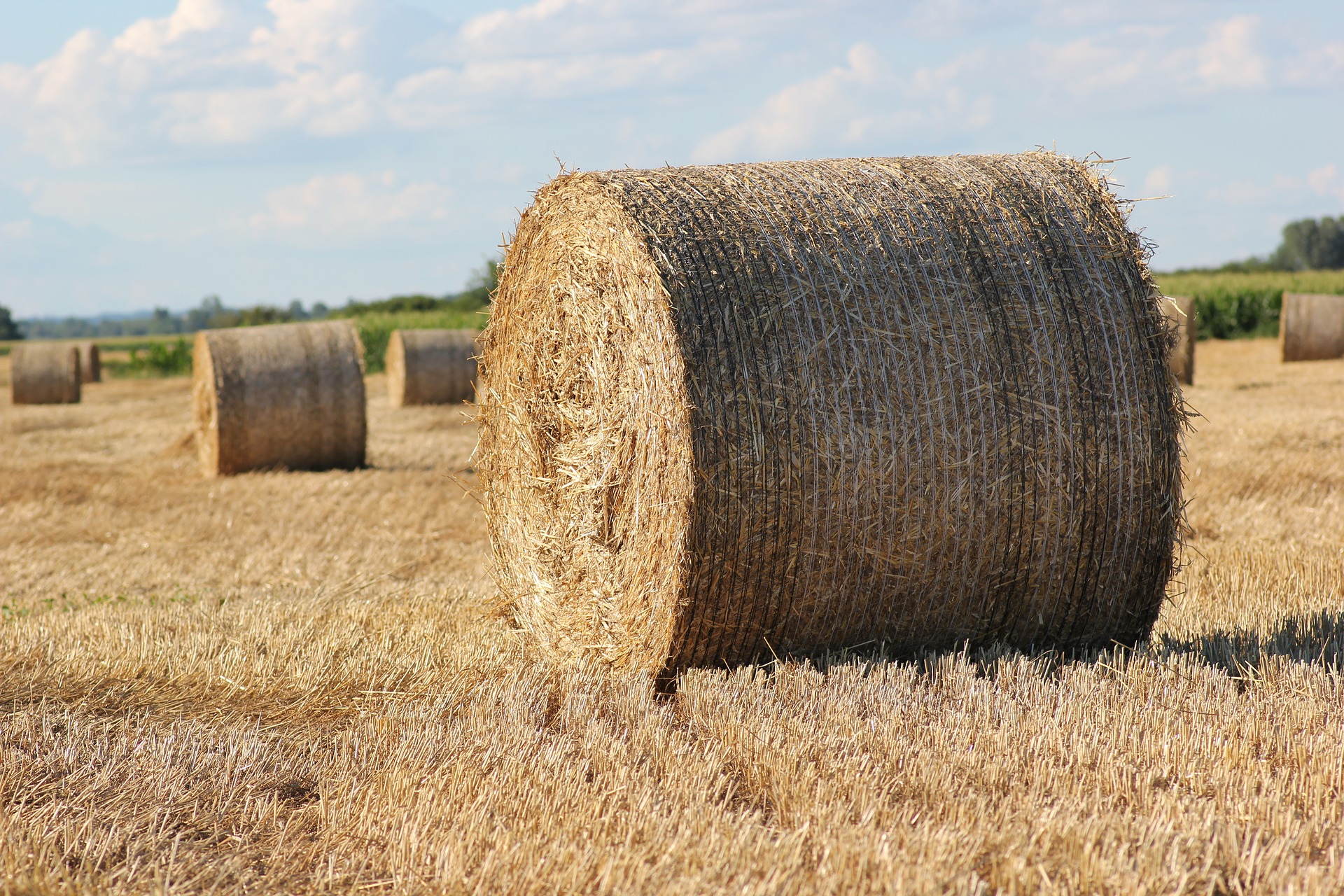