Pamela Harght is an Acoustical Consultant in Austin, Texas. She uses acoustics in her job every day in a variety of ways. Today, Pamela’s consulting projects include all kinds of building environments for room acoustics and noise control. Churches, college music departments, high school music suites, HVAC heating and air conditioning) noise control, courtroom acoustics, drama theaters, apartments/condos and performing arts centers are a small sample of the kinds of jobs she handles. Her firm also designs audio and visual systems for venues like football stadiums, baseball parks, conference rooms and convention centers. Each project is unique, which keeps the job exciting as well as a constant learning experience. “I’ve been to football stadiums to equalize a sound system and helped a local grocery store solve a rooftop mechanical equipment noise problem with the neighbors for community service, dealt with gymnasiums on top of classrooms and a personal training facility below an accountant’s office. We see it all.”

Pamela began her career after graduating from the University of Kansas in the Fall of 2008 with a Master of Arts in Architecture. She attended Berklee College of Music for undergraduate work and had the privilege of working at Tanglewood for a few summers recording and providing sound reinforcement for artists such as Yo-yo Ma, John Williams, James Levine and the Boston Symphony Orchestra, as well as several other notable guests.

Pamela was the first member of her family to attend College and Graduate School. She has won several awards from the Acoustical Society of America, Berklee College of Music and the Greenguard Institute for her research and work throughout her college years. As a child, Pamela studied flute and enjoyed attending concerts at Symphony Hall in Boston with her aunt. “As a child, I was always more interested in the architecture of the hall and how the symphony sounded within the space than the actual musicians, even though my aunt always made sure we had the best seats to view the flute section!” A few years later, while studying audio engineering at Berklee, Pamela also started studying–on her own–room acoustics and the influence rooms have on the recording process. “I felt the space in which the recording is done is, was the second most important part of a process, the first being the musicianship in the room.”

At the time, there was no formal Acoustics major at Berklee, so her mentor and professor, Tony Hoover, guided her through research projects on the side and introduced her to the Acoustical Society of America (ASA). “Within ten minutes of talking to Professor Hoover one day during a break in class, I was chair of the ASA Student Chapter at Berklee and I was presenting a paper at the San Diego ASA meeting the following fall. That was a very productive ten minutes.” From that point on, opportunities, connections and an entire career came to fruition.

Back to Career Archives 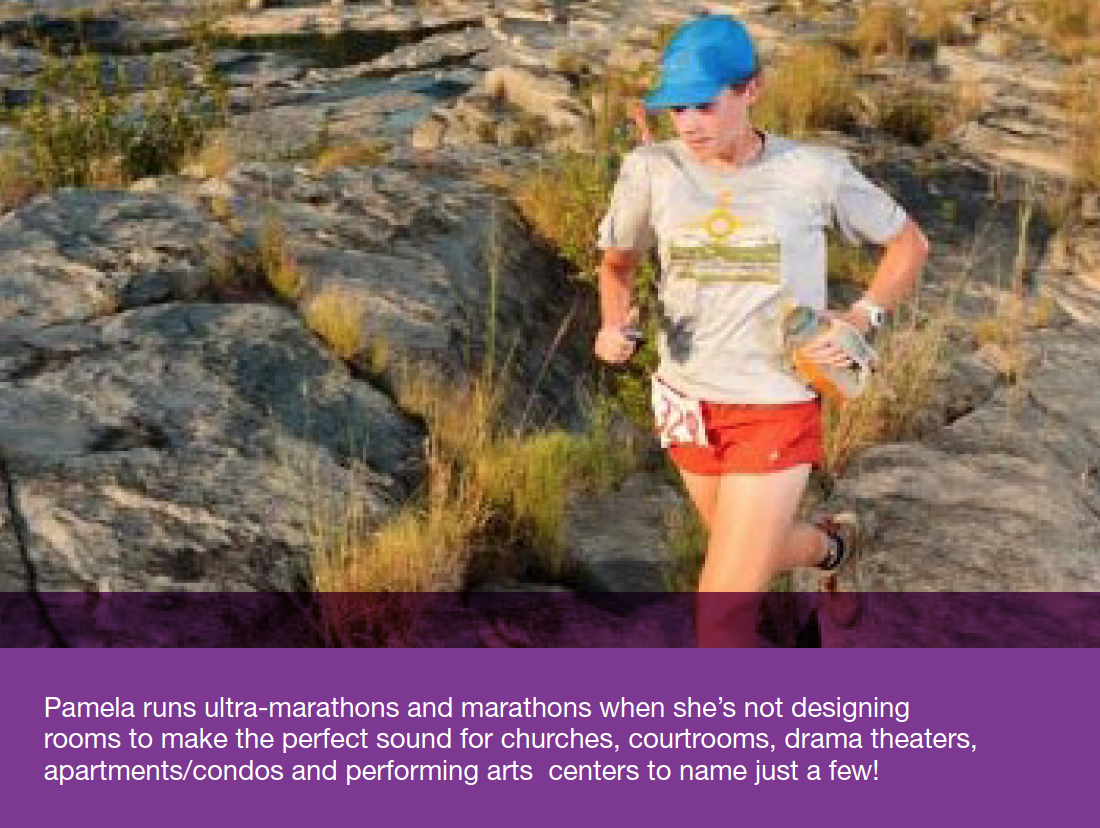