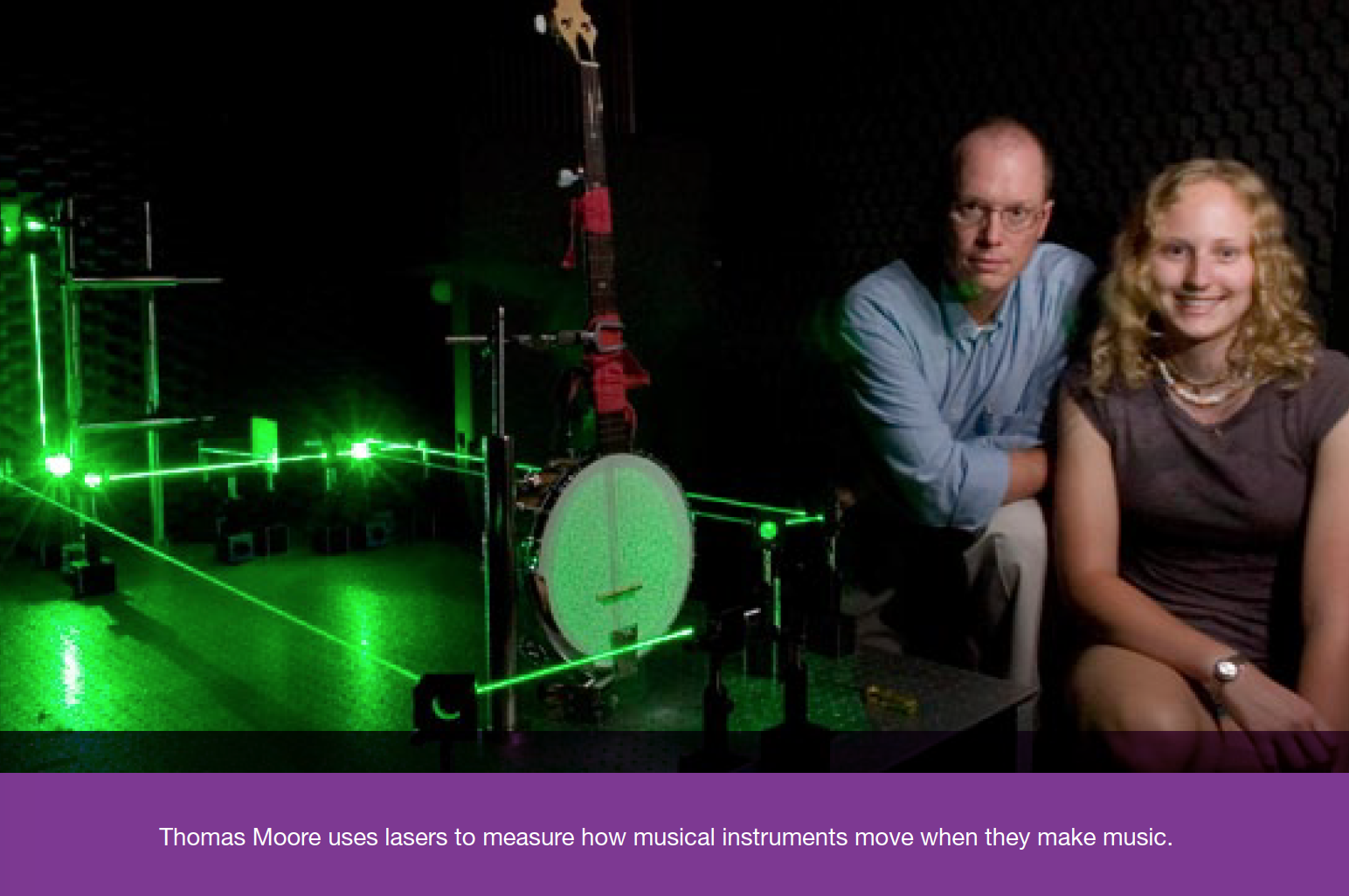 Thomas Moore was never a very good student. Not at first. As a child, his father, who was a physicist, taught him to be inquisitive—to think through things as a scientist would and to always ask questions. But while Thom liked this approach, it did not fit into the educational philosophy of the school system. Therefore, he was not very good at his schoolwork and was always just an average student. Now that he is a teacher, he thinks that inquisitiveness is often driven out of students through “too much homework and too little thinking.”

Thom eventually received his Bachelors in Physics from Stetson University, and after graduation he joined the Army. He served in the Army for 21 years, during which time he did many of the usual things an Army officer would do, but he also earned a Master’s Degree in Nuclear Physics, a Ph.D. in Optics, worked at Lawrence Livermore National Laboratory, and taught physics at West Point. Thom really liked teaching at West Point, and while he was there he began thinking about how science is taught and how students learn. After he retired from the Army he took a job teaching undergraduate physics at Rollins College, where he concentrated on involving his students in original scientific research, because he thinks that a laboratory is a better place for learning than a classroom.

While at Rollins, Thom realized he could not continue his research in the field of nonlinear optics if he wanted to deeply involve his undergraduate students. So he began studying the physics of musical instruments, because he knew that his students would be interested in asking questions about music. Although he eventually became an acoustician, Thom did not stop using optics. Thanks to his background in optics, he has developed new techniques for looking at the vibrations of drum heads, pianos, trumpets, steel drums and more. Most of his experimental equipment is optical, like his electronic speckle-pattern interferometer, and he has developed new and inexpensive techniques to view the vibrations of many musical instruments. These vibrations, which can be smaller than the diameter of a human hair, are what make the music we hear. Thom conducts his research in a laboratory with a special chamber that is isolated from noise, and uses the light from a high power laser to image and measure these small vibrations.

Thom has found his work as an acoustician rewarding, and counts his published articles with undergraduate coauthors as his most important successes. He got even greater satisfaction by publishing an article with both an undergraduate student and a high school teacher as co-authors.

As an active member of both the Optical Society of America and the Acoustical Society of America, Thom has enjoyed getting to meet the people who are making history as scientists. “Anyone, even a student, can go to an OSA or ASA conference and be accepted,” he noted. He remembers speaking with many renowned optical scientists when he was still a student, and now he tries to always be accessible to young acousticians in the same way.

One important reason Thom is a good teacher is that he himself was not a great student, so he understands his students’ frustrations. Thom spent most of his time as a student trying to memorize answers instead of asking questions. But once he became a teacher, and had to anticipate his students’ questions, Thom found that asking questions about the material was the best way for him to learn it. Now he asks simple questions, like “why do I hear bass but not treble from car stereos as they drive by?” In order to learn, you have to stop and listen, and ask a question. Often it is the simple questions have the most interesting and important answers. Even questions as simple as “why is the sky blue?” need to be asked. Thomas Moore knows the answer. Do you?

Treble (higher pitched tones) does not travel through solids, like the car, as well as bass (lower pitched tones). So the bass gets to you but not the treble – unless the windows are down. The sky is blue because gas particles in the air scatter the blue light from the sun but not much of the other colors. The scattered blue light bounces around the atmosphere and comes to you from all directions making the sky look blue. See www.optics4kids.org for more detail.