Whitlow Au is a Researcher at the Hawaii Institute of Marine Biology, an institute of the University of Hawaii. His research focuses on marine bioacoustics, which covers just about anything in the oceans that you can use acoustics to study.

Whit puts acoustic recorders on the ocean bottom, along the coastline, to measure animal sounds where they occur. These recorders are run by small computers, which run on a “duty cycle” that turns them on and off to save power and collect data for months at a time. As most marine mammals tend to stay close to the coastline, this method works well for capturing the sounds of dolphins, smaller whales, fish, snapping shrimps and other organisms in coral reefs.

How did Whit end up in such a cool job? He studied electrical engineering while an undergraduate at the University of Hawaii, a field that allows for many different careers. He knew he wanted to live in Hawaii and do research, and found that marine bioacoustics would allow him to do just that. It has also allowed him to travel to research and conference locations around the world, including New Zealand, Iceland, the Netherlands, Denmark, Moscow, Rome and Beijing!

In his over 35 years in this field, Whit has discovered a lot about dolphin sounds, and considers his work a continual game, trying to understand dolphin SONAR. He says his most memorable discovery was finding that dolphins produce very high intensity, high frequency (loud, high pitched) sounds in the wild. Because dolphins were previously monitored in tanks, only lower frequencies and amplitudes had been recorded. But Whit’s recorders out in the bay were finding unbelievable results that many other scientists had a hard time accepting. In fact, his first paper on dolphin SONAR was rejected. 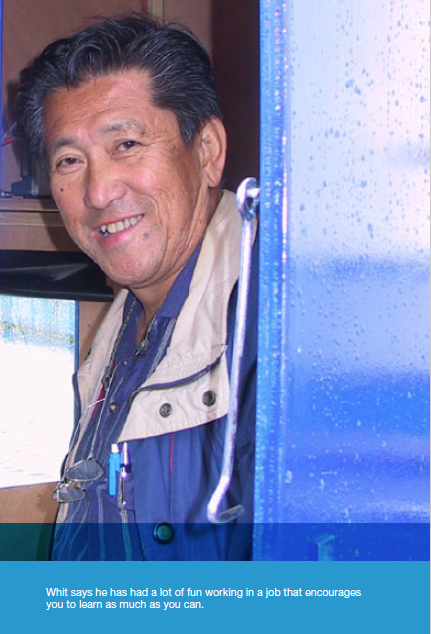 Reviewers and other scientists thought Whit had measured incorrectly, as his numbers were so surprising. But Whit had stumbled upon a new concept: dolphins adjust their sound’s volume and frequency to suit their environment. In fact, the difference in the tank versus the open sea was about 40 decibels, or 100 times louder! So Whit decided to try again, and wrote a paper proving his methodology, making sure to include lots of examples and lab calibration data. He even borrowed a hydrophone from another researcher to show that his results were not due to a problem with his own equipment. The paper was accepted in 1974.

By the time Whit published his book, The SONAR of Dolphins, in 1993, it was widely accepted by scientists. His other professional highlights include winning his first silver medal in bioacoustics, and being elected President of the Acoustical Society of America.

If you want to be a scientist, Whit says, you must like to study! He has had a lot of fun working in a field that encourages you to learn as much as you can. And if you have a high degree of curiosity, you’ll have fun as a scientist, and you can take whatever the world throws at you. 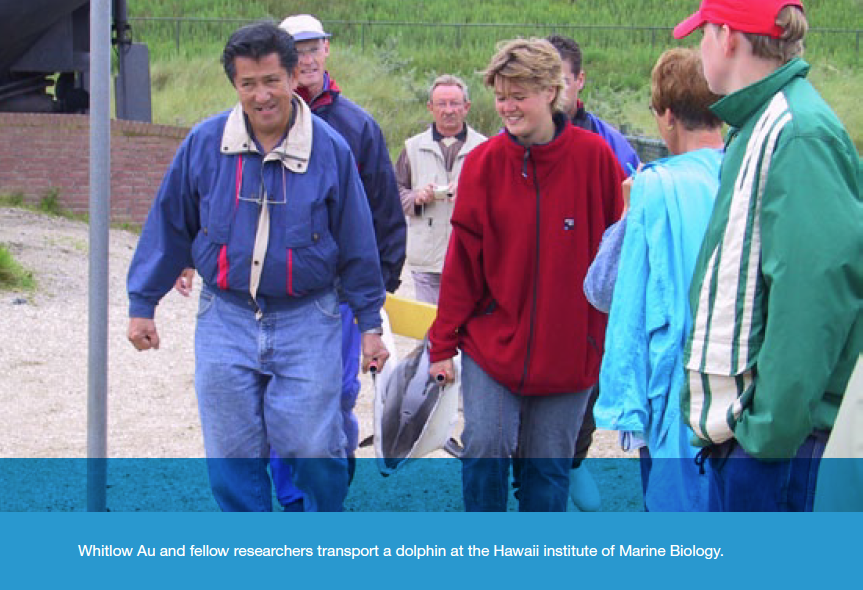